What is cat scratch disease and what causes it? 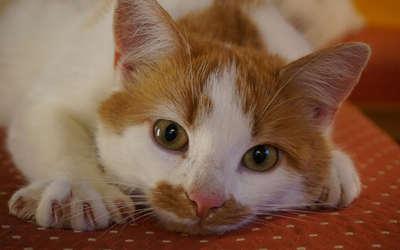 Cat scratch disease, or cat scratch fever, is a disease of humans, not of cats. However, a cat scratch is often associated with the disease, although this is not believed to be the means by which infection occurs. The disease is caused by a bacterium-like organism called Bartonella henselae. The typical symptoms of the disease are mild fever, chills and lethargy accompanied by enlarged lymph nodes (usually single) and skin or conjunctival lesions. Most symptoms last for a few days only, but the enlarged lymph nodes may persist for weeks or months. In a minority of people a more severe disease may develop with high fever, weight loss, arthritis, enlarged liver or spleen, pneumonia, or nervous system signs. These more serious forms of the disease are often associated with underlying immunodeficiency, such as human immunodeficiency virus (HIV) infection or people undergoing chemotherapy.

How common is this disease?

It is not possible to give accurate estimates of the prevalence of cat scratch disease in this country, but it is probably a fairly rare disease. Surveys carried out in the USA indicate that about 5% of the population have been exposed to infection, but only a small proportion of these reported actually having the disease. It is likely that many infections do not give rise to symptoms, or are of a trivial nature such as a mild ‘cold’.

How do humans become infected? 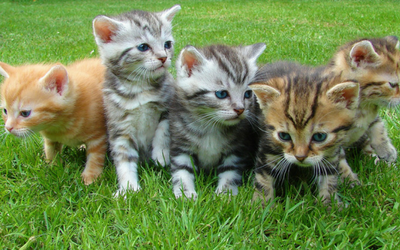 Although many cases of cat scratch disease follow a cat scratch, this is not universally true and a few cases have occurred in people with no apparent contact with cats. Recent evidence suggests that the major route of infection is by flea bite. Infected cats carry the micro-organism in their blood, where it can be present in extremely high numbers. When a flea feeds on an infected cat it ingests large numbers of Bartonella, some of which may be inoculated into a human the next time the flea takes a meal. Even cats with extremely high levels of organism in their blood do not show any signs of disease. It is mainly younger cats and kittens which carry the organism. They remain infectious for a few weeks, after which the organism disappears from the blood. It is not clear whether cats can be reinfected. There are no reported cases of any human being infected more than once.

Is there a vaccine or treatment for cat scratch disease?

There is no vaccine available against cat scratch disease either for cats or humans.

Bartonella henselae is sensitive to a number of antibiotics, but not penicillin, ampicillin, erythromycin, tetracycline or some other commonly prescribed antibiotics. The disease is self-limiting, and mild cases will resolve without the need for antibiotics.

© Copyright 2015 LifeLearn Inc. Used and/or modified with permission under license.